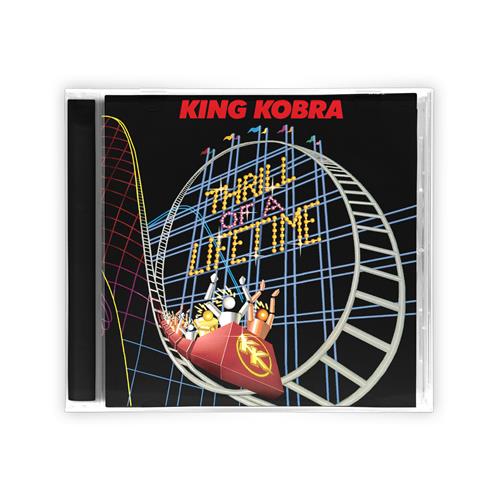 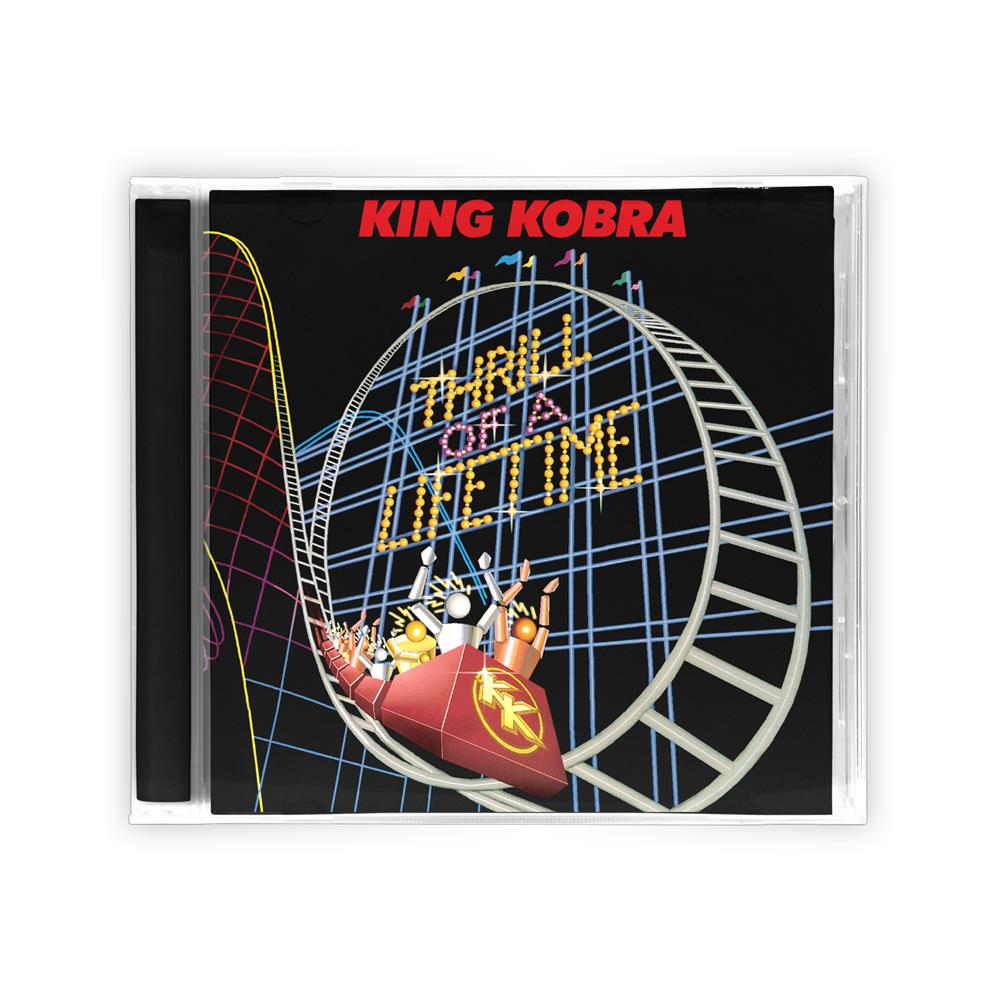 
FOR A TIME it seemed that King Kobra could do no wrong. When they released their debut album ‘Ready To Strike’ in 1985, great things were expected from the five-piece, led by celebrated drummer Carmine Appice (Cactus, Jeff Beck, Blue Murder). Appice had come up with the idea for the band when he left Ozzy Osbourne’s touring line-up in 1983. In fact, he had a clear vision for an image, based on the reverse of Mötley Crüe’s four brunettes and one blonde look.

‘Thrill Of A Lifetime’, their sophomore album, originally issued in 1986 and produced by their previous studio co-hort Spencer Proffer (Quiet Riot, WASP, Cheap Trick), saw the band shift gear, modernising their sound and focussing on more accessible songs, perhaps modelled on the chart success of artists like Bon Jovi and Survivor. It was a brave move alright and one that should have generated larger sales but, sadly, the prevailing musical winds were by this time blowing in the wrong direction, leaving the band floundering within a record company that was fast losing faith.

The material however was top notch, spearheaded by the hugely infectious ‘Iron Eagle (Never Say Die)’, a track that was included on the hit movie ‘Iron Eagle’. Elsewhere there’s ‘Feel The Heat’, ‘Raise Your Hands To Rock’ and ‘Dream On’ for further proof of this album’s immense appeal.